Day 15 - Ancient Greece and The Olympics 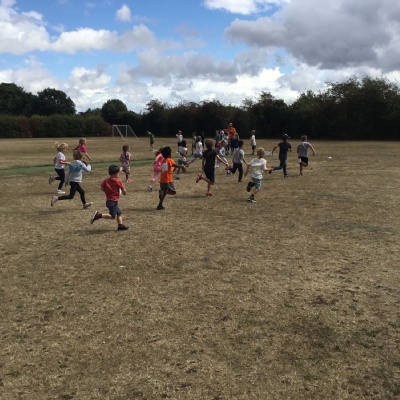 A fitting celebration for the end of the Lumen Summer Camp.

Today the children showed admirable enthusiasm, perseverance and determination as they battled the weather to take part in a range of sports including throwing, running and jumping. Children worked hard refining their skills throughout the morning, and learnt about the different world records held in each of these events. They then had the opportunity to put their new-found expertise to the test as they competed against one another in the Lumen Summer Camp Olympics. The energy and effort shown by all of the children was very impressive.

As well as showing off their sporting prowess, children have also been busy being creative. As props for our Olympic Games, children made Olympic torches; wreath garlands, as they had in Ancient Greece when the Olympics began; and traditional Ancient Greek mosaic pots.

Having watched some of the 2012 Olympic opening ceremony in London, the children created a fitting closing ceremony for our own Olympics, which was enjoyed by all. You can see all of the photos from today in our photo gallery; click here to be taken there directly.

We would like to take this opportunity to thank all the children who have attended the Summer Camp, and their parents and carers for their support. We have had the most wonderful time and hope you all have too. We are already looking forward to seeing you again next year.