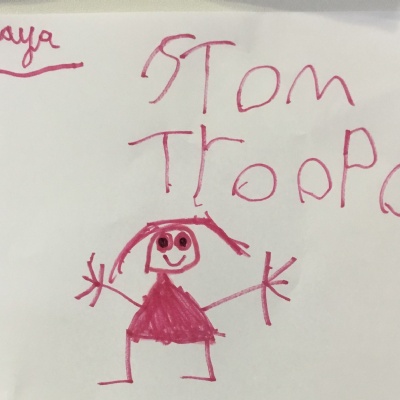 The force was definitely with us today for Star Wars Day at the Lumen Summer Camp. We've had a brilliant time pretending to be Darth Vader, Storm Troopers, Jabberwocks, Luke Skywalker and even Yoda made a guest appearance.

The children have played a range of Star Wars themed games including Rocket Football, Death Star Hot Potato, Ultimate Star Wars Tag, and Pod Racing. In Pod Racing, the children pretended to be Anakin Skywalker as they crossed the galaxy in their pods (hoops). Their route was full of danger as the Jabberwocks tried to shoot them down with dodgeballs.

An incredible amount of imagination went into the artwork the children produced today which has included BB8s, R2D2s, and Millennium Falcons. As part of today's Big Art the children have made their own Star Wars costumes and light sabres. They worked in pairs and small groups to fashion some very stylish designs which you can see in our photo album. Click here to go straight to it.